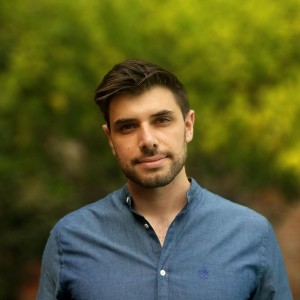 A mind-bending, incredibly fun app that brings street art to life with AR technology. And we built the MVP in under a month!

Kat and Emanuele of Beyond approached me in early July 2019 with an ambitious goal: let’s build an augmented reality app to feature the work of street artists in a completely novel way.

The ambitious part? It had to be shipped for iOS by August 1st, in time for the inauguration of Pez’s 20th anniversary show at Base Elements gallery in Barcelona.

Less than a month to design the app, tweak the branding… and oh yeah, to animate enough content to make the app interesting to artists and to potential users.

We (somehow) managed to launch the app successfully for iOS on August 1st, in collaboration with four artists initially: Pez, Cane, Zinkete and Konair.

I learned a ton in a very short time working on this project. We found some unexpected solutions to semi-expected problems, which we’ll lay out in detail in future posts.

I’ve collected here some demo videos of our app in action, some images of the app design from Sketch, and some extra demos of the animations we designed for the launch of the app.

It was a deeply rewarding experience and I look forward to seeing what the future brings for Beyond Street Art.